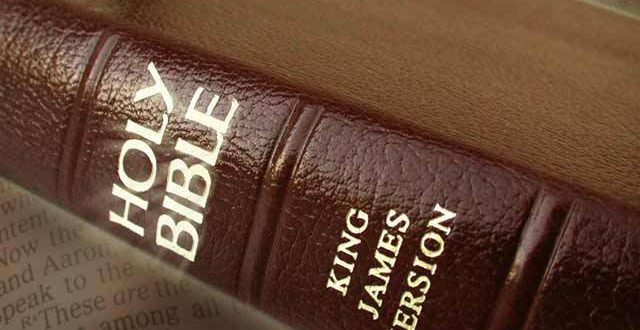 At root, all fundamentalists of all religions find the modern world and its cosmopolitanism, diversity, and globalism extremely dislocating, as it threatens the loss of their world. In the case of the United States, Christian fundamentalists have lived in a world where “their kind” — Christians — have not only been the majority but also, in their worldview, “the founders.”

Dislocating too are the secular governance institutions throughout the West that are essential to the governing of modern pluralistic states. In the United States, secular institutions manage the governing of the nation where these fundamentalists live and where their coreligionists are the majority, and yet these institutions by law function apart from their majority religious culture. That troubles them mightily because they think their world actually should include the governance realm as well, for reasons I hope to explain. But a beginning answer is that, to them, the founding of the nation was at Plymouth Rock and Jamestown, not Philadelphia where the Constitution was signed. (It is interesting to recall that when I was in grade school, we read so much about the Pilgrims a the “first Americans” when studying the history of the United States.) This is but one sign that to them the “country” is the majority culture that lives here and not the constitutional nation-state.

Modernity is threatening to the core identity of all fundamentalists because this core identity is rooted in an earlier time when their world — on the very same land that would later become the modern nation-state — featured almost entirely other members of their same kind. The most powerful adversaries of secular governance in the states in the modern world therefore are religious fundamentalists such as Evangelical Protestants in the U.S., strict Orthodox Jews in Israel, Islamists in modern-day Turkey (which Ataturk had forged into a modern secular democratic state a century ago), highly conservative Buddhists in the states of S. E. Asia, highly conservative Hindus in the state of India, and Islamists across much of the rest of the Muslim-majority states of the Middle East and North Africa.

In every case the identity of these fundamentalists as “our kind” is tied to a piece of the world’s geography that had nothing to do with a modern state — cf. white Protestant European, early colonial America, Hindu India, Buddhist S.E. Asia, ancient Jewish Israel, the great sweep of the early Muslim Caliphate. In all of these cases a particular religious culture held sway over a land — or at least the members of that majority religion felt absolutely that it did. Since this was a status apart from states, the sense that there was a coherent “peoplehood” to those in these circumstances was a tribal one, the term “tribal” applying when communal life is based on common lineage or shared heritage or a shared belief tradition apart from membership in a political state. The fact that the core identity of all religious fundamentalists is at root a tribal one has powerful implications, one of them being that opposition to modernity (and its grounding in science and secular institutions) is largely built in.

As to how opposition by “tribal” fundamentalists to the constitutionally-secular United States came to be, many early Americans weren’t even aware that the new secular nation-state of the United States was actually a different order of thing from their tribal communal Protestant identity on the land; the “boundaries” of the two were one and the same, and almost every other citizen the average person knew was still another one of “their kind” — a white Protestant. European with a name like Jones, Smith, Williams, Johnson. It wasn’t until Irish Catholics began arriving to hugely Protestant America in the early 1800’s that the idea that “America” was not just a white Protestant place even entered many people’s consciousness, and the fact that the Constitution actually permitted this began to become the subject of dispute. Also, the fact that these Irish Catholics weren’t “our kind” became the centerpiece of a wide hostile reaction to these “others,” revealing an early tribal reaction on the part of WASP America. It was similar when newly independent and largely Hindu India had to contend with the fact of a large Muslim minority within the new state, or the heavily Buddhist S.E. Asia states with their Muslim minority, or Israel with Palestinian Arabs within its borders — both those of 1948 and those more extended ones derived from an earlier “tribal”, pre-state, time.

Even though the land contained them, the American polity of course never included the indigenous Americans or African slaves, and early Catholics had been relegated to the Maryland colony. Jews were tiny minorities in the eastern cities. The new constitutionally secular nation-state was otherwise almost entirely coterminous with a “country” that was hugely white Anglo-Saxon Protestant — mostly English, but also white Protestant Scots-Irish, German, and Dutch. The fact that the word “country” can refer to a range of things — from a land, to the collective of people who live on a land, or to a secular nation-state (or a theocratic state for that matter) — meant it was easy for citizens to think that the U.S. was a white Protestant “country” and never to reflect at all on the fact that our Constitution had actually mandated something quite different — a secular system of governance with Separation of Church and State. (As the philosopher Casey Stengel said: “You can look it up!”)

As long as we remained so heavily WASP, Church-State Separation did not rise much into people’s consciousness — the boundaries of the secular nation-state defined by its Constitution, and the boundaries of the WASP “country,” defined as a piece of land with a largely shared culture — were virtually one and the same. But when the “country” began to become more diverse and those with non-Protestant beliefs began to defend and champion Separation of Church and State, the core tribal identity emerged, manifested in fundamentalist Evangelical Protestantism.

Since at root the claim of these fundamentalists — and what they feared losing — is the tribal claim that this is the land of “their kind” (cf., recent clearly tribal chants of “blood and soil”), their tribal core identity also manifests today as nationalism. And if one looks at nationalist movements around the world and through history, they are almost always grounded in an earlier tribal core identity, as when German and Italian fascists deliberately evoked the earlier, purer tribal identity as the “folk”, and brought back older Teutonic tribal mythology, or some Muslims began to follow an older, very pre-modern, supposedly purer Islam of the Salafists. Likewise, Evangelical Protestants promoted the King James version of the Christian bible as the true and pure Word of God, though it was just the most recent in a line of translations, published in 1611 right before the time of the Protestant “founding” of (Christian) America at Plymouth. As a document, the King James Bible gave coherence and identity to a group of people whose sense of their existence as a coherent collective was a tribal non-state one of shared heritage and belief. And that continue to inform their politics to this day.

Dr. Richard D. Logan is a volunteer leader of Jews for a Secular Democracy; board president of the Society for Humanistic Judaism; and a retired Professor of Human Development. He has a BA in Anthropology from Harvard College and a PhD in Human Development from the University of Chicago where he studied under Bruno Bettelheim and Lawrence Kohlberg. Most of his career was at UW – Green Bay but he also had appointments at the University of Nairobi and Vassar College, and a sabbatical at the University of Kent in Canterbury England. He has published on adolescent identity, American individualism, the emergence of the self through Western history, and the state of higher education. He also authored a book on the psychology of solitary ordeals, and another on the true survival story of a young girl lost at sea. He also chaired the Faculty Executive Committee. Since retiring he has served on several non-profit boards.